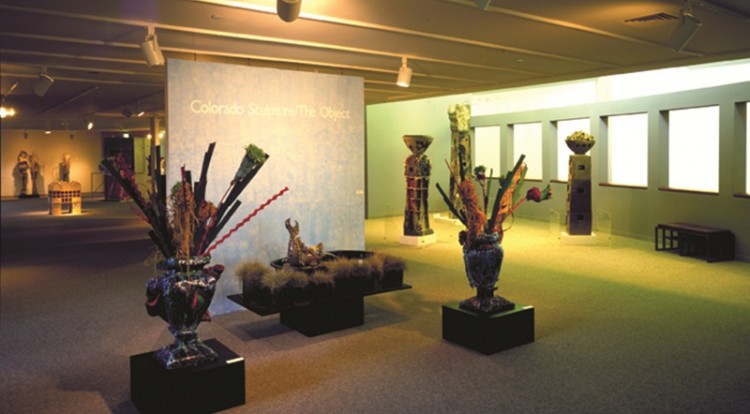 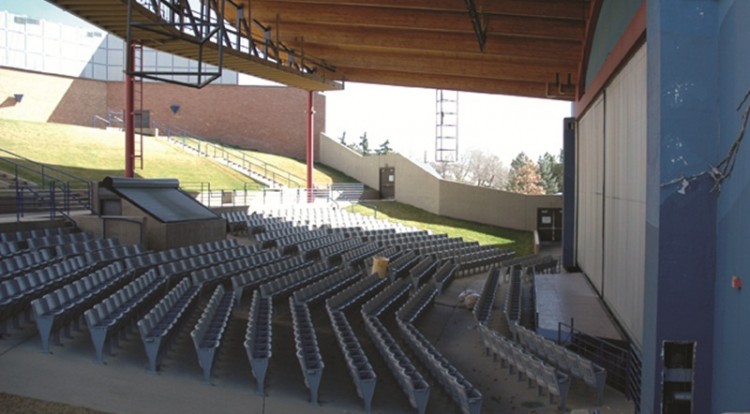 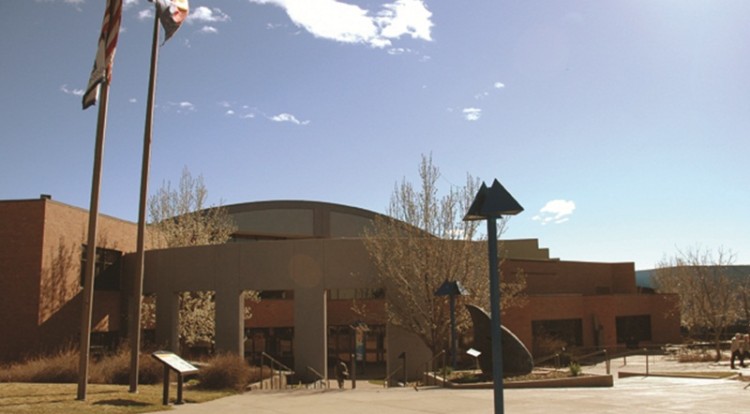 Within the Arvada Center interior rooms are practice rooms, theaters, dance rooms, classrooms, banquet section, full commercial kitchen with concession area, museum/gallery space, pottery studio and general office space.  Also included in this project was the total demolition of the existing facility.  It was gutted to its structure and completely rebuilt including new mechanical and electrical systems.  A serpentine “earth wall”, designed by Vito Aconci from New York, began outside and continued along the main corridor inside the building.  It cost approximately $85,000 and is made with metal stud construction with plywood backing with various colors of dirt glued onto the surface.  It is enclosed in glass and glazing system. The walls look like a giant terrarium.  The addition nearly doubled the size of the facility.

The outdoor amphitheater included a stage and pit, lawn seating as well as fixed seating.  Playful architecture, colors and angles characterize this post modern structure.  The stage house is constructed of precast walls which stand 40’ high, some of the tallest clear span wall panels in Colorado.  The pit can accommodate up to 30 musicians.  Aluminum vine artwork is attached to the exterior of the walls, and aluminum bird houses and bird baths are sprinkled along the walkway around the amphitheater

The Center was completely operational throughout construction.